We are conducting research on massively parallel computing environments driven by supercomputers and cloud systems, as well as high-performance computing utilizing state-of-the-art processor devices such as many-core microprocessors and GPUs.

Development and support for the use of Jet FDTD

The figures on the right show the results of the visualization of Received Signal Strength Indication (RSSI) in indoor and outdoor environments for a wireless LAN access point in a frequency band of 2,442 MHz. One entire floor of an office building was used as the analysis target. Assuming a spatial resolution of 5 mm, analysis for a model consisting of 23billion grids or more can be completed. Numerical analysis of such a large target is possible using Hokkaido University’s supercomputer. By using 40 theoretical calculation nodes, analysis results can be obtained within 20 hours.

The above-mentioned Jet FDTD application is provided to the users of Hokkaido University’s supercomputer to support their research, and functions are added continuously. The organization of workshops for users, preparation of numerical models and visualization of analysis results are also conducted by request. 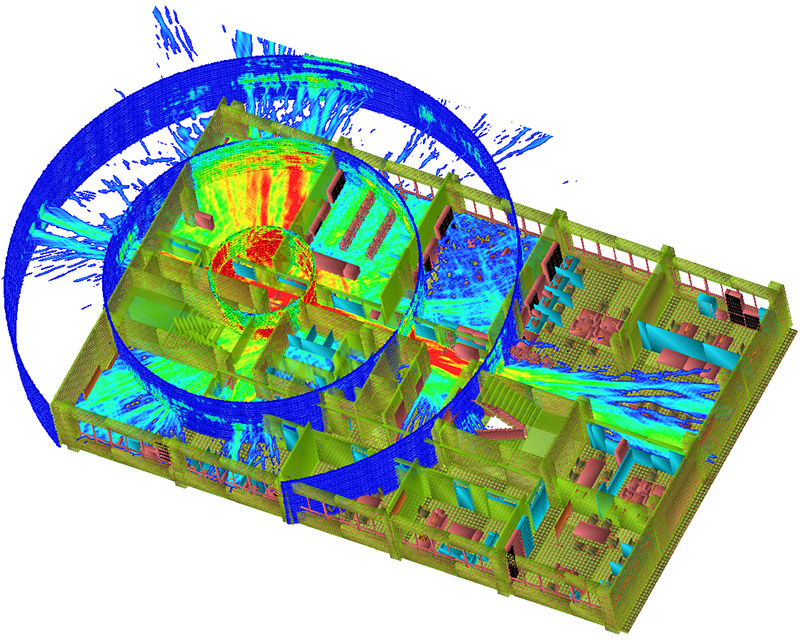 [fig] Results of the visualization of RSSI distribution

We conduct researches on high-performance computing for supporting various kinds of simulation on modern computer systems. Since recent supercomputers become larger and more complicated,in addition to mathematical approaches, HPC technologies such as parallelization techniques are vital for fully exploiting the potential of supercomputers. Focusing on important problems and their solution methods in the field of computational science, we have investigated related HPC technologies and developed software frameworks and libraries that support simulation. For example, we have investigate the time-space tiling techniques for iterative stencil computations and iterative methods for solving large-scale linear systems appearing in FEM-based simulation. 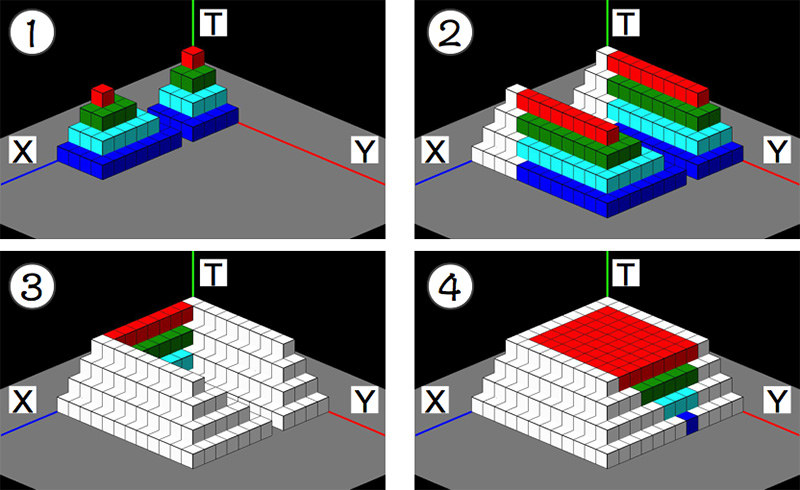