IIC is conducting research on augmented reality systems that support remote communication using an avatar — a virtual “character” — through a combination of network and augmented reality technology. By sharing information about the position and posture of people participating in group communication through the recognition of a common AR target and direct network links between terminals, and then reflecting them in the behavior of the avatar as seen from each terminal, the avatar is able to know which of the participants is where in the virtual reality space. By following the movements of a particular participant, the avatar can look at and speak to the participant, all the while changing its pose and facial expressions, and all this can be seen simultaneously by the other participants from their own particular perspectives. This technology is expected to greatly improve the realism of avatars. We are also pursuing R&D on a system that maps the complex relationships of followers in massive social networks such as Twitter to the familiar structure of a city to enable the behavior of the social network to be visualized as a virtual reality urban space. 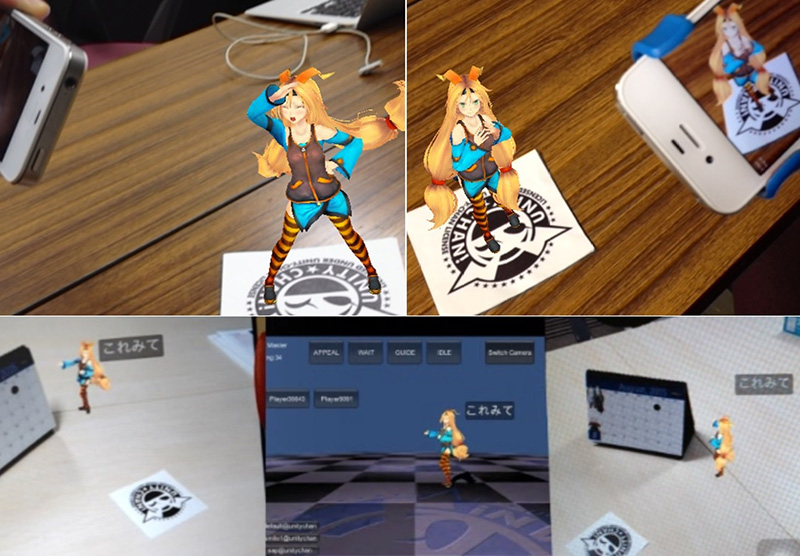 [fig] The avatar looking at and talking with a participant 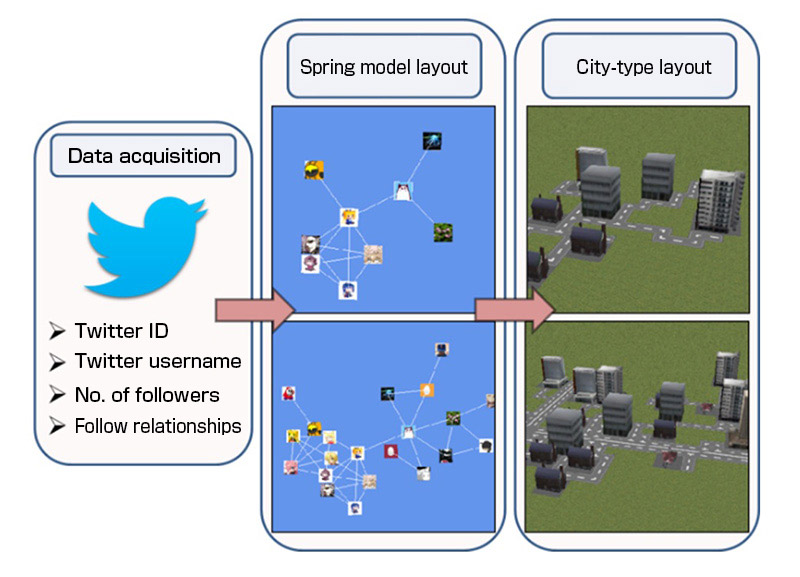 In today’s increasingly computerized society,which is associated with the popularization of the Internet, enormous amounts of informationare constantly generated. These are collectively known as big data, and accurate extraction of useful content from them is a major challenge.Against this background, there is a need for approaches that transcend conventional methods in statistics and informatics.

In this context, symbolic data analysis is now viewed as a paradigm by which data are treated as diverse complexes (e.g., aggregates and distributions) rather than simple numerical values. Areas of research include the extension/application of existing data analysis technologies and the development of analysis methods applicable to big data, such as approachesapplicable to data consisting of aggregated multiple distributions (as shown in the figure).

This technology is also applied to real data in the fields of information networking, commercial management and medical science. 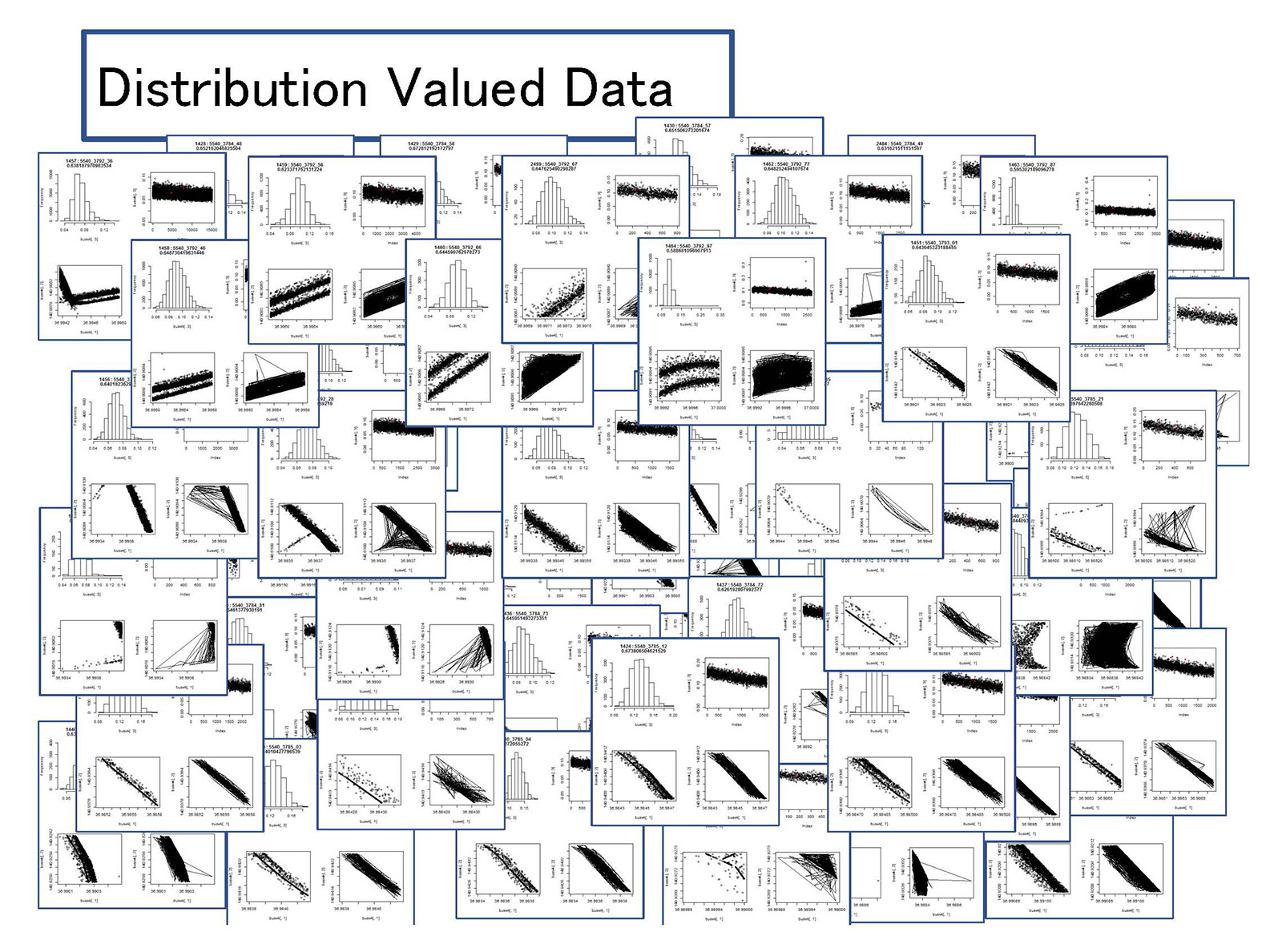 [fig] As an example of Big data